This project demonstrates how to use the various features of Blynk like Buttons, LED, LCD, Virtual Display with Onion Omega2p.

This project demonstrates how to use the various features of Blynk like Buttons, LED, LCD, Virtual Display with Onion Omega2p. 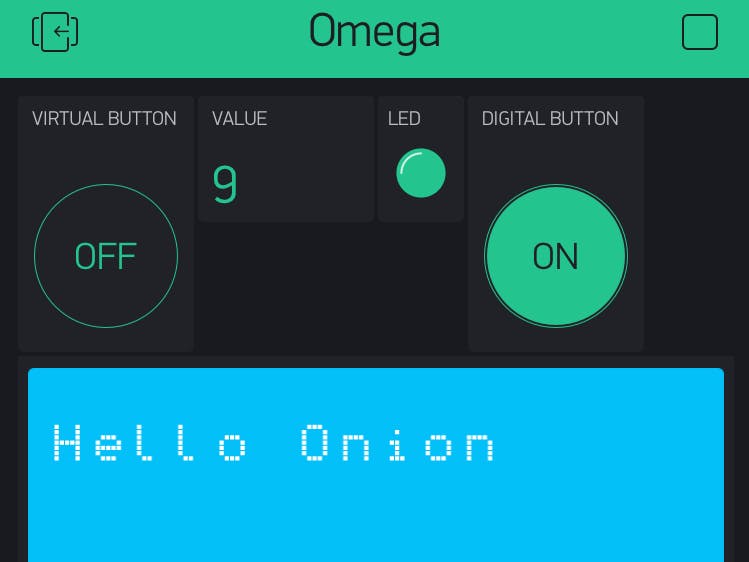 I have been learning and getting things running on my Onion Omega2p for past 1 month. When I came across Blynk, I found it to be really easy and powerful to learn & use for IoT with Omega2p. This project mainly focuses on how to use different widgets of Blynk with Omega2p.

This is my first step on making some very simple IoT project with Omega2p.

To use Blynk app, you must have the Blynk Library installed on your Omega2p. You can follow the setup instructions mentioned here:

You can use a breadboard to connect an Led to Pin 19 on Omega2p.

Create a file Blynk_test.js in root folder of your Omega2p.

In the file write the following code

Auth Token is a unique token/id used by Blynk to communicate with your Omega2p. Make sure you use that token here. To get a Blynk token ID, use your Blynk app and obtain a ​new token ID.

Blynk app is available for Apple and Android. Make sure you have downloaded and installed the app on your mobile and setup your account. 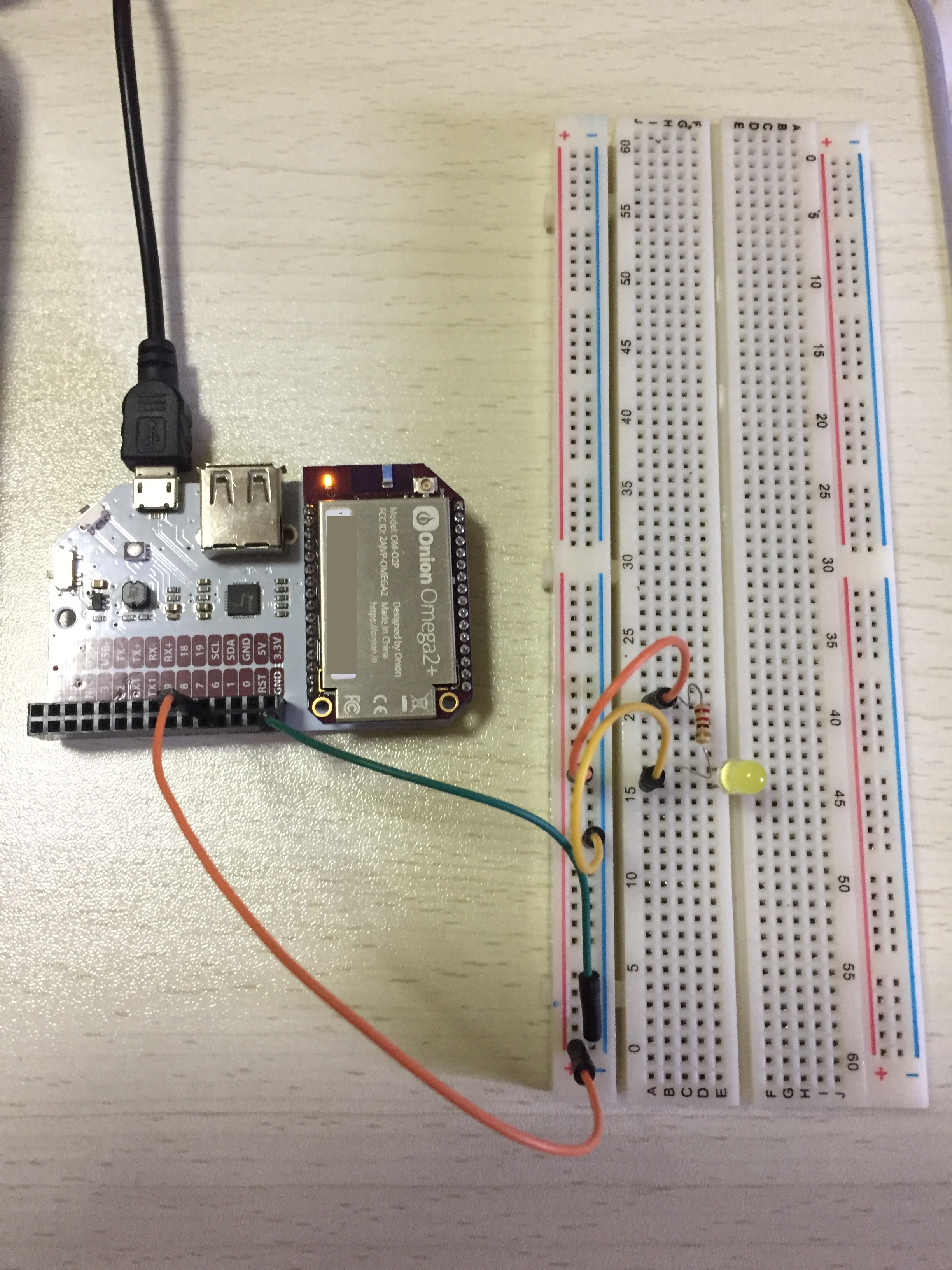 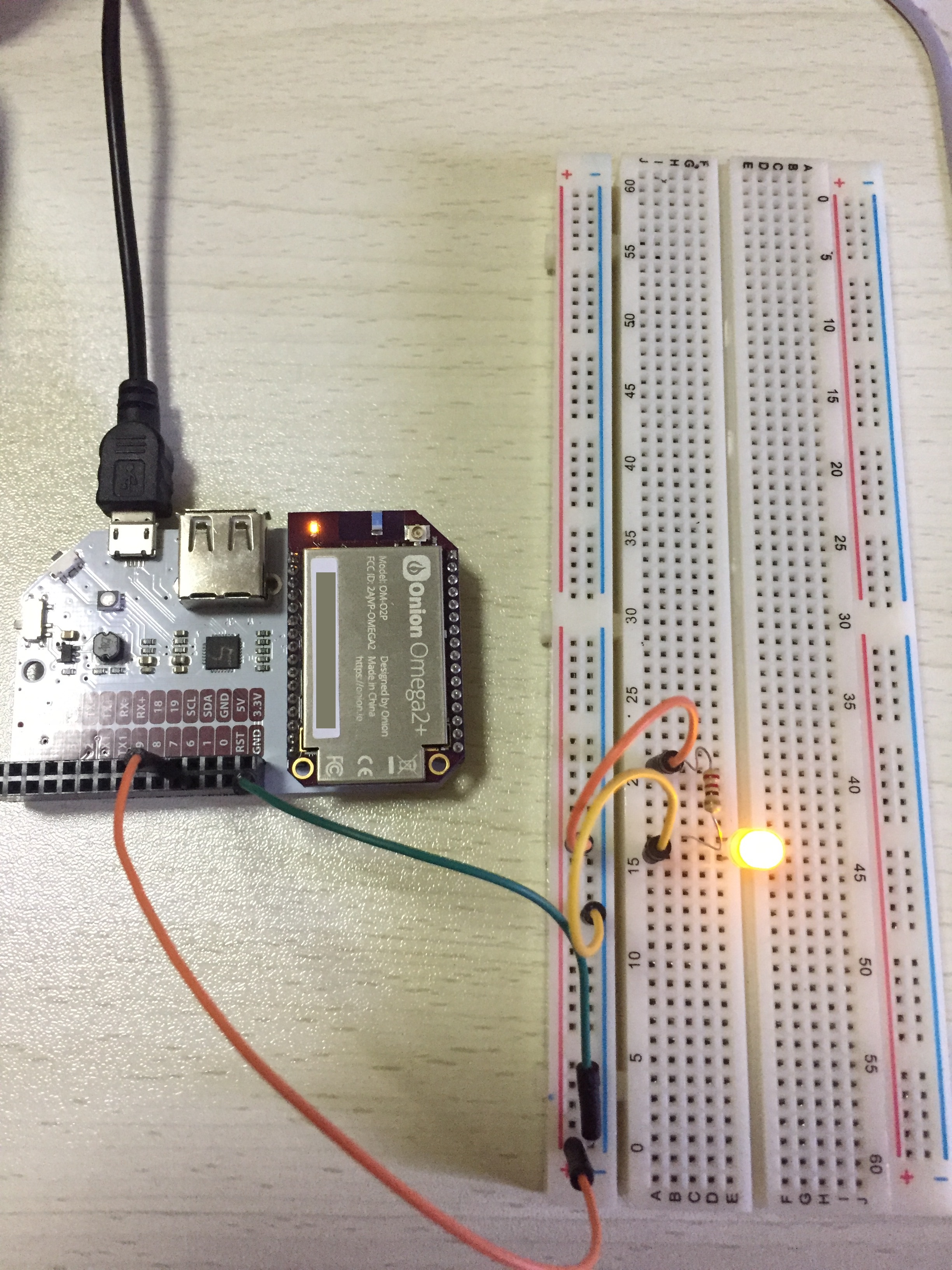 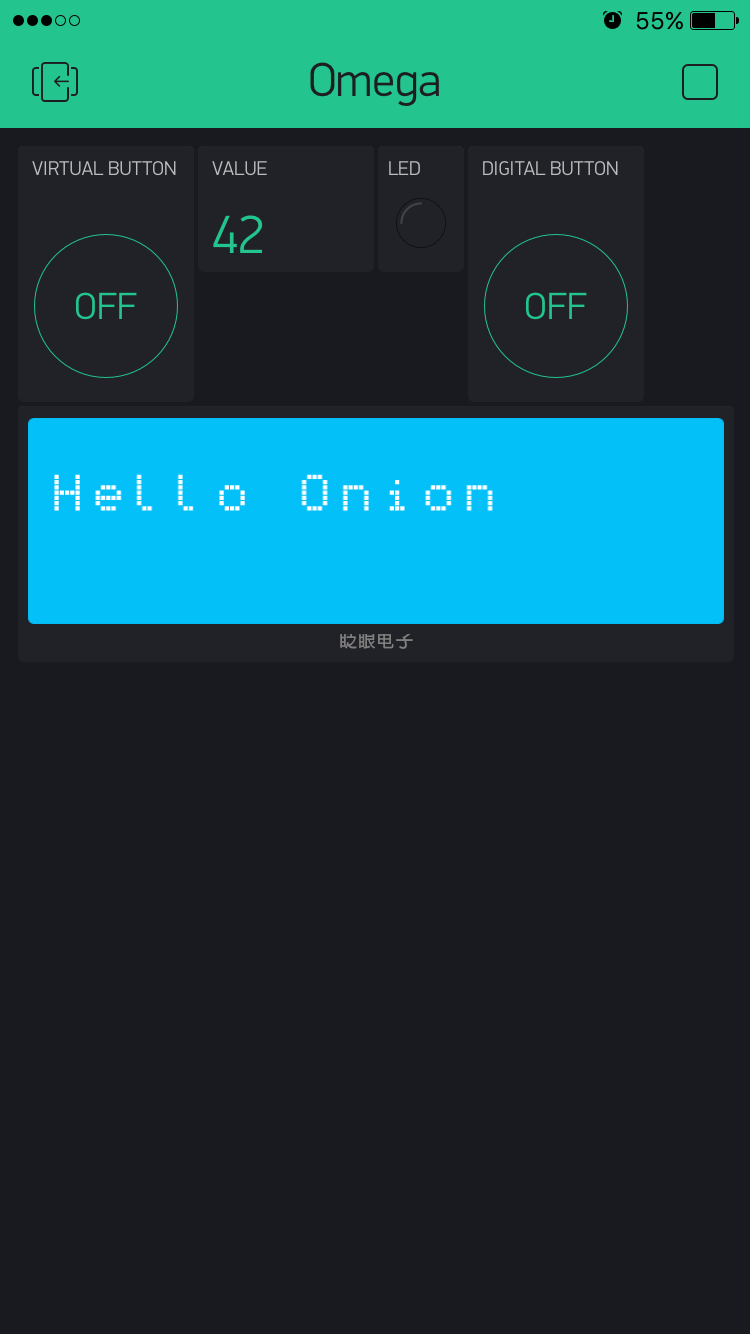