37 children die every year from being left inside of a hot car. The SafeTiBaby project hopes to fix that.

37 children die every year from being left inside of a hot car. The SafeTiBaby project hopes to fix that. 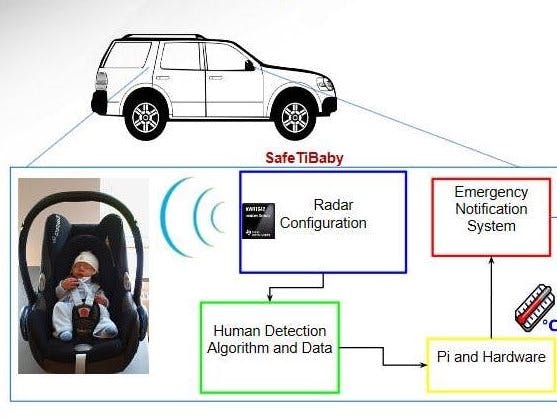 Hello! Our team were undergraduate students studying electrical engineering at Texas A&M University. For our capstone project, we worked on a project sponsored by Texas Instruments that involved saving children from hot vehicles. On average, 37 children die from heat related deaths every year after being trapped or left inside a vehicle.

The goal of our project - the SafeTiBaby - is to implement an in-vehicle, live-form detection system that can detect a child trapped in a hot vehicle and send an emergency message to the user through an emergency notification system. The detection system will be able to detect a child by sensing breathing patterns and seat/space occupancy using an mmWave radar. The system will send an emergency message upon detecting rising car temperatures, while the child is detected within the car in the absence of an adult.

The project consists of 4 main components that work together for full operation of the detection system: Power, mmWave Radar and Raspberry Pi, Human Detection algorithm, and Emergency Notification algorithm.

In order to detect the presence of a child within the vehicle, we'll be using a mmWave Radar; specifically, the AWR1642 Boost EVM provided to us by our sponsor Texas Instruments. This radar will be mounted in one of the side corners of the vehicle and will allow us to gather the data needed to detected a human.

The information that the radar collects will be sent to the Raspberry Pi for processing. In addition to data processing, the Raspberry Pi will serve as the main interface that integrates all components of the project together. It will monitor the inside temperature of the car, run the detection algorithm code, and based on the current state of the vehicle and the data gathered will send an alert to the parent/guardian when their child has been left inside of the vehicle.

The human detection algorithm takes information received from the radar and uses it to determine the presence of a human. Essentially, the detection algorithm will receive as it's input object data sent from the radar. It will then parse that data for unnecessary information (such as objects detected outside of the vehicle) and group objects that are in close proximity to one another as clusters. For each cluster of objects, the algorithm will determine if it is in a certain seat within the vehicle. If a sufficient amount of objects are found consistently within a particular car seat, then a human has been detected for that car seat.

The EMS works as the interface between the user and the device. If a child has been detected and the via two Buck Converters (one for each component). These buck converters step down the battery voltage to approximately 5.1V with a current of 2.5A. The on and off state of the Radar's buck converters will be controlled by the Raspberry Pi in order to conserve power.

The EMS works as the interface between the user and the device. If a child has been detected and the temperature inside of the vehicle is found to be at dangerous levels, a text message will be sent to the user. The user may also check the state of their car and the device via the SafeTiBaby app, which was created using Blynk. The app will show: the car's on or off state, if the devices are powered, the temperature inside of the vehicle and if a human has been detected. 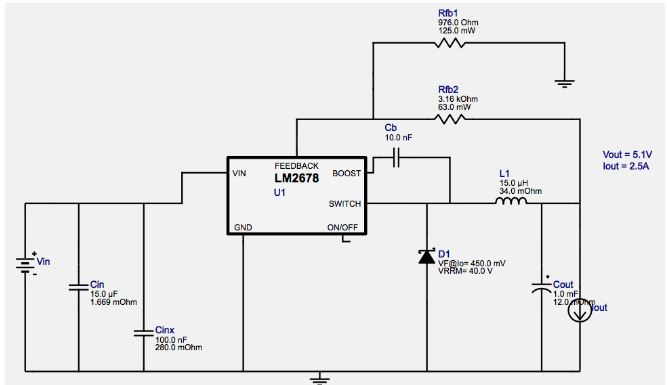