Every backyard needs that little something special. I've created a water fountain that reacts to music and can be controlled wirelessly.

Every backyard needs that little something special. I've created a water fountain that reacts to music and can be controlled wirelessly. 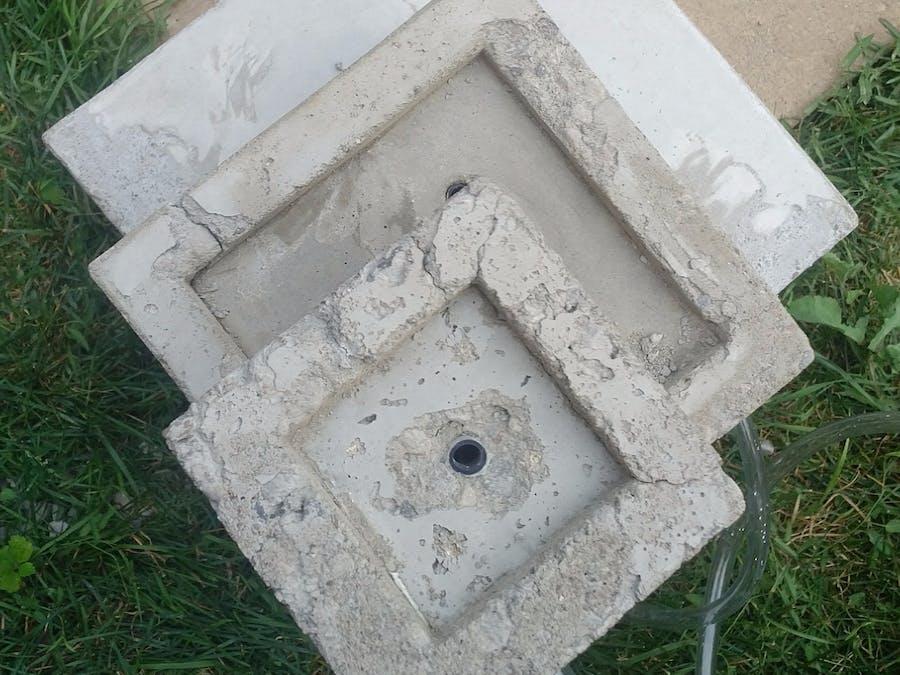 As a kid I remember playing in my Grandparent's backyard year after year, all summer long! But as I got older I realized that as a family we spent less and less time outside. They have an amazing backyard and I wanted to create something that would encourage us all to spend more time in the outdoors.

I have created a fountain that brings the entertainment to the outdoors. This fountain is made out of many different components. It uses neopixels to bring extra light to the night time, they react to sound and music, so whether you're enjoying a peaceful afternoon reading, or partying all night long, the light will adapt to the changes. The user is also able to control the pumps over wifi from their phone or computer using the Blynk platform. And on those cooler days where you aren't quite sure if you need to bring a sweater outside or not, it has a temperature sensor that can tell you what you'll need.

I wanted to make something long lasting, so I decided to cast the whole project in concrete (my first time doing so, so it's a little rough around the edges).

In the beginning I had a little bit of trouble connecting the lighting to the music. I ended up using the LightShow Pi library with a raspberry pi to get the lighting the way I wanted to, but I'm sure with a little more tinkering I could have it up and running with the Onion Omega 2+. I used the omega 2+ to be the airplay speaker instead and had the raspberry pi use that as the input.

I hooked up the omega 2+ to a 4 channel relay board to control the water pumps, and gave them a separate power source of 12v.

After all of the hardware was hooked up I began writing the code for the water pumps and the temperature sensor. I used the Onion Omega project book to help figure out how to use some of the online platforms. For the temperature sensor I used the Ubidots online platform like in the tutorial. It was very easy to implement, and had very accurate readings. And to control the water pumps I decided to use the Blynk platform because I think it is pretty easy to use, and has a very nice user interface. All you have to do is press the virtual button to get the pumps going.

I think that in the future I'd like to add on to this quite a bit. I think that it has a lot of potential to be something pretty wicked! Firstly, I would like to build a reservoir for the fountain so that it can reuse the water that is going through the pumps. Right now I have a bowl full of water that it is using, and I need to fill it up every time it gets too low. Secondly, I would love to just have the project use the Onion Omega2+. I think it has a lot of potential, and is so much easier to use than the raspberry pi. I think I could control the neopixels with the arduino dock, I would just need to spend a bit more time figuring out the music. Thirdly, I really want to add a lot more sensors to the fountain to measure things like UV light, and humidity, etc. and every morning have this data send notifications to my phone to help me prepare for each day. And lastly, I would really like to have the water also react to the music and have a bunch more pumps to make a really spectacular water show!

Anyway, I hope you like my project, it has been a summer in the making. It is far from complete, but most things are. Below are some pictures of the final product in my backyard. I'll be sure to update this for any changes I make to it in the near future! Cheers!