This tutorial shows you how to use the RAK Creator pro and Dash button boards with the Blynk web services and app.

This tutorial shows you how to use the RAK Creator pro and Dash button boards with the Blynk web services and app. 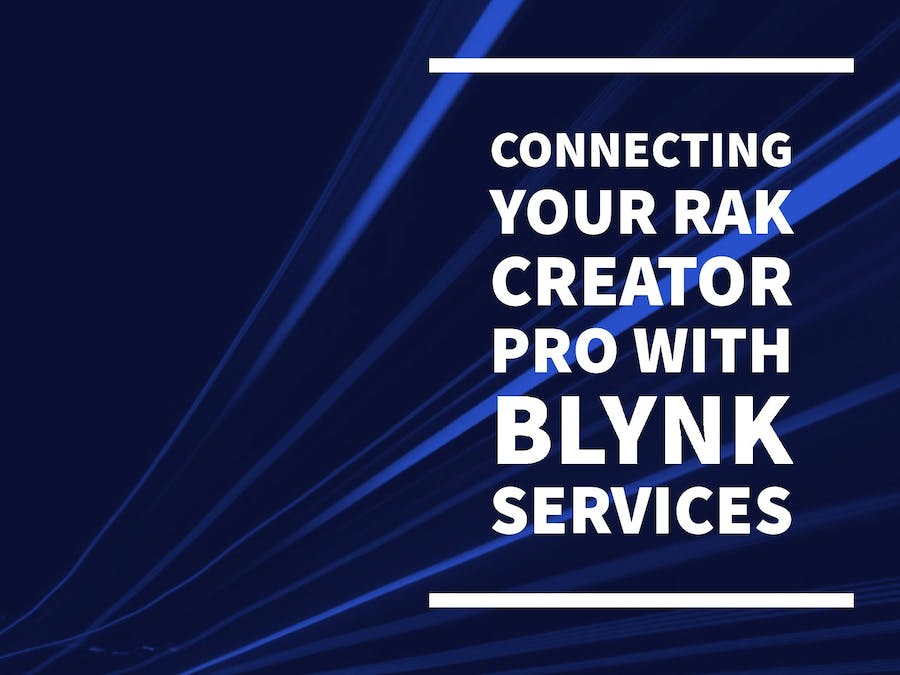 We have seen lots of project involving the awesome Creator pro board from RAK wireless. The Ameba arduino project really makes the board a versatile option for many use case.

Today we will see how to integrate the Creator pro board with the Blynk web services. Blynk is easily one of the most popular mobile app for the IOT. Works with anything: ESP8266, Arduino, Raspberry Pi, SparkFun and others.

Blynk is a Platform with iOS and Android apps to control Arduino, Raspberry Pi and the likes over the Internet.

It's a digital dashboard where you can build a graphic interface for your project by simply dragging and dropping widgets.

It's really simple to set everything up and you'll start tinkering in less than 5 mins.

Blynk is not tied to some specific board or shield. Instead, it's supporting hardware of your choice. Whether your Arduino or Raspberry Pi is linked to the Internet over Wi-Fi, Ethernet or this new ESP8266 chip, Blynk will get you online and ready for the Internet Of Your Things.

To get started with the tutorial we have a few simple pre requisites;

I have also explained about the installation in a little detail here as well:

Also have a small led hooked up to a 1k ohm resistor and a few jumper cables handy as well.

As shown in the image above, just connect the positive of the LED to D13 (instead of 9) on the Creator Pro instead of the arduino :)

To use Blynk with the Arduino IDE follow these instruction:

Blynk library should be installed manually. Follow the instructions:

The structure of your your_sketchbook_folder should now look like this, along with your other sketches (if you have them):

Note that libraries should go to libraries and tools to tools

In order to connect Blynk App and your hardware, you need an Auth Token.

Once you have the auth token proceed to upload the test sketch.

Now open the Arduino ide, and select the Creator pro board (8711AM) or the

Lets go over the code in a little detail

This includes all the necessary files to enable the Blynk API on the device.

The Auth[] array stores your authentication token that is generated on a per project basis. Copy paste yours in the quotes.

This is you wifi ssid and password. Paste your's in the place of xxxx

Also we start the Blynk object and provide it the auth token, ssid and password.

Then we tell the Blynk api to startup on the board.

I have used a random number to be sent to the blynk app on virtual pin v0 and v1, this is just to emulate temperature reading. However feel free to send a value from LM35 or any other sensor as well via the same method described below:

In the loop function we use the Blynk virtualWrite API to send information to virtual pins hosted in the blynk cloud against your project. on virtual pins, you can send any kind of data, integers, strings, characters etc.

Each virtual pin data can be mapped to widgets in the Android/iOS apps. We will see that in detail next

This is the section of code that gets executed when a button on virtual pin 13 is pressed. when that happens on the app, the blynk api calls this function and then we get the data from the virtual pin as 1 or 0 via the params.asInt() funtion, we can then use the data and set it to the digital pin 13 via the normal digitalWrite function in Arduino.

Now your all set to showcase your data on the Android/iOS app, lets begin

Here we will consider an android app, but the procedure is the same in iOS as well.

Open the project you created for getting the auth token:

To learn more about the blynk API visit the documentation here: