How to (and not to) build your own home automation system.

How to (and not to) build your own home automation system. 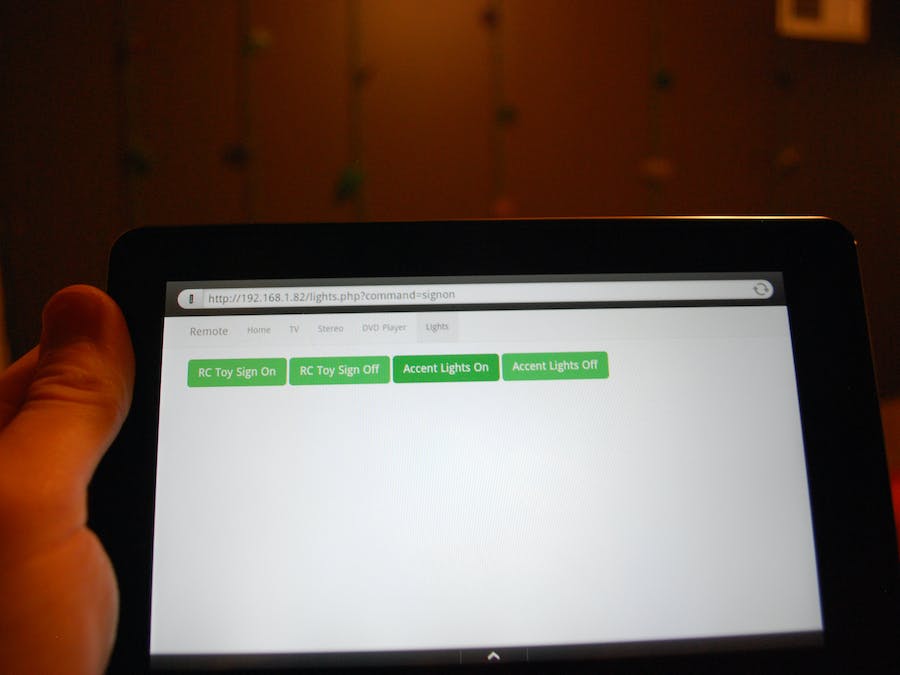 First off, I'm going to say this outright: This project is definitely NOT for beginners. It took a whole summer and then some for me to work on.  But onto the project.

Like any teenager in the summer with nothing to do, I was bored. I wanted to do something with my awesome (albeit messy) basement. This led to my laughable stab at a contained home automation project. All in all, this cost me about $40, mainly because I already had a ton of stuff on hand.

So my first step was installing stuff. I installed LigHTTPD on the RPi (which I ran on a USB cable I spliced onto the 5v line of my PSU), which is a lightweight, easy-to-configure web server for a resource-light computer, hence the name. Then, I installed FastCGI PHP, and PHP APC for caching. For easier web file editing, I installed Samba and AFP/Netatalk.

After that, I installed LIRC for the IR control. To program my remotes into the system, I used irrecord to save the codes for buttons. The PHP code was simple but long. In a nutshell, I created a simplified system for taking the web input from GET and feeding that to irsend in the command line. For "macros" like watching TV which powers up the TV, sound system, and tunes the TV to your favorite channel, I just strung together a bunch of irsend commands in the PHP. When a macro would run, it would save the state of the devices (powered on or not) to a text file, which is called upon next time a macro is called to see what is on and what isn't.

For the lighting, I used an Arduino (which I again wired to the 5v line of the PSU), Sparkfun ESP8266 Thing, a Seed Studio relay shield, and an individual relay module. I recovered a cool sign from my local RadioShack when it closed, which I then strung an LED strip on. I wired that to the relay shield and the 12v line of my PSU. For the 120v lighting, I used an individual relay module that I spliced onto the switch of a switchable power tap. I hooked that up to the UNO. I then downloaded the Blynk app onto my iPhone and started a Blynk server on my computer. After that, I loaded the ESP8266 Software Serial example onto the Arduino, and specified the server, SSID and PSK of my network. On my phone, I added 2 buttons and called it a day.

Some things I learned

I hope this article mad sense and was helpful to you. Thanks for reading!