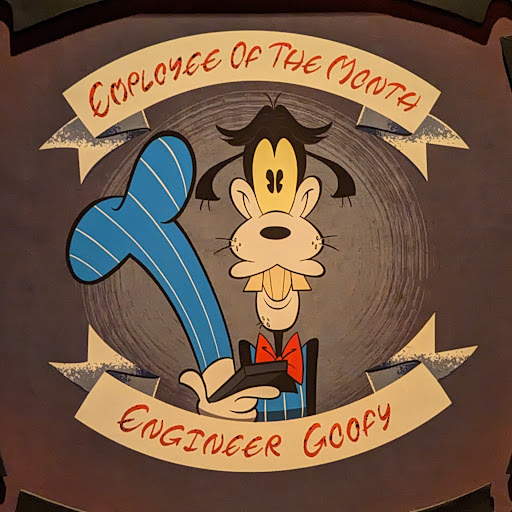 I built the Garage MC because I wanted to learn more about electronics. As a bonus, I figured it would save my butt the next time I went out and left the garage door open.

*And in 2023 with the old Blynk app being depreciated, I was finally forced to remove it and update my code*

Prior to this project I purchased an Arduino compatible Starter Kit from Amazon. So I was a beginner with electronics and just learning the ropes. But I did have the benefit of doing some computer programming 15 years prior, so I was able to quickly pick up coding C++ on the Arduino IDE.

Garage Door Opener: First, I had to determine if I could easily interface a microcontroller with my Liftmaster garage door opener. Luckily, the Liftmaster is operated with two wires in a Normally-Open (think an open switch) state connected back to the wall remote. When the button is pressed on the wall remote, it briefly completes the circuit by "shorting" the wires and triggering the door to open or close. Ohhh, don't forget to check the voltage on those wires...the Liftmaster manual says the lines are approximately 20 volts (not 120 volts), but your unit may be different.

Microcontroller: Next, I had to decide how to connect the Garage MC to the internet. I initially thought about using an ENC28J60 Ethernet Board, and although I prefer hard-wired connections, running the line to my router would be more trouble than it's worth. I researched wifi boards and decided on a NodeMCU ESP8266 due to their low cost and having multiple GPIO pins.

Phone App: There are multiple ways to connect to the NodeMCU with your phone including through SMS messages, using the NodeMCU as a web server, etc. I initially used Blynk, but that has been removed. I now use MQTT to update Home Assistant and connect to it from my phone.

Monitoring of the Garage Door: I decided to use two Hall Effect Sensors to monitor the position of the garage door. It may have been possible to get the door position and even direction of travel from the Liftmaster unit. But, with the off chance that someone pulls the emergency release cord and manually opens the door, the sensors will still notify me that the door is open.

NodeMCU: I started by plugging the NodeMCU into a breadboard and powering it through a USB connection to my computer. The link below has a good tutorial for the initial setup of the NodeMCU on the Arduino IDE: https://www.instructables.com/How-to-Program-NodeMCU-on-Arduino-IDE/

Breadboarding: Time to add the components. Although I made the Fritzing circuit diagram after putting on all the components, I added it here so it could be more easily referenced...

Project Code: I've attached the complete code for my project. I tried to comment it well, but if there's anything you don't understand, or I can improve on, let me know. I've added small code snippets in the tutorial to emphasize some things, such as:

First the Relay (Controller): The relay I used is a 1-channel relay that is triggered "LOW" to activate. The relay requires 5 volts, so I used the VIN pin on the NodeMCU to power it. The relay serves two purposes.

I used two functions to trigger my relay, making it non-blocking. When a button is pressed in Home Assistant, it calls a function to activate the door. The ActivateDoorRelay function sets the relay pin "LOW", then sets a timer for 300 milliseconds, instead of using "delay()". The timer then triggers the second function to reset the pin to "HIGH" to turn off the relay. The reason I'm checking that the state hasn't changed between when the button is pressed and the door is activated is because a song is played to warn anyone in the garage that the door is about to move (someone could press the Liftmaster wall remote button during the song activating the door).

Hall Effect Sensors (Monitors): The Hall Effect Sensors monitor the position of the garage door. The sensors are non-latching and are digital (it either does or doesn't sense a magnet; an analog output sensor would measure the magnet's strength). I used two neodymium magnets (together to make them stronger) on the garage door to trigger the sensors. I had some CAT6 cable, so I ran it from the NodeMCU on the garage ceiling to each Hall Sensor. The garage door can be in one of three states (since I don't care which direction the door is moving):

I don't like polling for events to happen. So, the Hall Sensors use "Interrupts" to indicate a change of state (ex. door closed to moving). An Interrupt is exactly that, when there is a state change with a Hall Sensor, it interrupts the program code to immediately run a short function.

Passive Piezo Buzzer: When the door is remotely activated (using the Blynk app), I wanted to alert anyone in the garage that the door was about to move. So I added a buzzer to play a short song. I added a 100 ohm resister to the circuit, although I'm not sure it's necessary. I also made the song non-blocking. Even though this requires me to get the length of the song so I don't activate the door until it completes.

My Programming Flow: If you normally don't use timers in your code, the flow of my program may be difficult to grasp [and I'm even not sure I like it anymore]. It basically works like this:

I wanted the Garage MC to look semi-professional, so I decided to mount all the components on a Perfboard (individual copper pads with pre-drilled holes). With that I had to learn how to solder. Which isn't necessarily difficult, but can be difficult to do well.

The Case: A 3D printer is on my son's Christmas list. Hopefully Santa comes through because I'd like to use it as well. As it turned out I had an old Chamberlain myQ (now "Merlin") that I took apart, cut and drilled holes in, and turned it into a project case. I think it turned out okay, even with the relay sticking out the bottom.

Perfboard: Based on the size of the case, I selected a perfboard that would fit in the case, and almost fit the NodeMCU. As you can see in my diagram, the top pin on each side wouldn't fit (D0 and A0), but I wasn't using them anyways. I didn't remove them, they just aren't connected to anything.

Garage MC - In the case

And mounted it in my garage above the garage door opener (the yellow CAT6 cable runs to the Hall Sensors by the door track)...

Garage MC - Mounted in my garage

Power: There is an electrical outlet in the ceiling for the Liftmaster opener. So I decided to keep things simple. I plugged in an old Blackberry cell phone charger and used a old USB cable to power the Garage MC.

What would I do different?

I'm actually pretty happy with my final result. But there are a couple of changes I'd make:

This was the first update to the Garage MC that I've made since October because frankly, it didn't need one. But, climbing the ladder to do updates was a pain so I implemented OTA updates.

I initially used the #include <ArduinoOTA.h> library. But it was a pain getting through my router's firewall. So I recently changed to #include <AsyncElegantOTA.h>.

I added a timeout (to turn off the update process in case I forgot), and made the LED's blink so I'd know the GarageMC was in "update mode". Global variables as follows:

In setup(), I initialize OTA as follows:

My main LOOP was updated so that if OTA updates was turned on, my Timers would stop.

Home Assistant send an MQTT message to the callback function:

I won't go into Home Assistant or MQTT, because I'm still learning them (although have enough of a handle on them now). I used the popular #include <PubSubClient.h> library. The details can be found in my full code. But basically, as a client you connect to the MQTT broker on Home Assistant. You "publish" updates to the MQTT broker, and "subscribe" to topics that you want to receive updates on through a "callback" function.

In it's simplest, connect to the MQTT broker with:

When the garage door state changes (open->ajar->closed), I publish the change to Home Assistant:

So far, so good. Now I just have to figure out Home Assistant to do something with the data!

Although I added schematics, I also didn't go into specific details on my production wiring, etc. I believe we learn more by trying to it ourselves. With that being said, if your stuck or need help to just get the project working (or wondering why I've done something), send me a message and I'll be glad to help.

I appreciate any feedback and hope you liked my project. 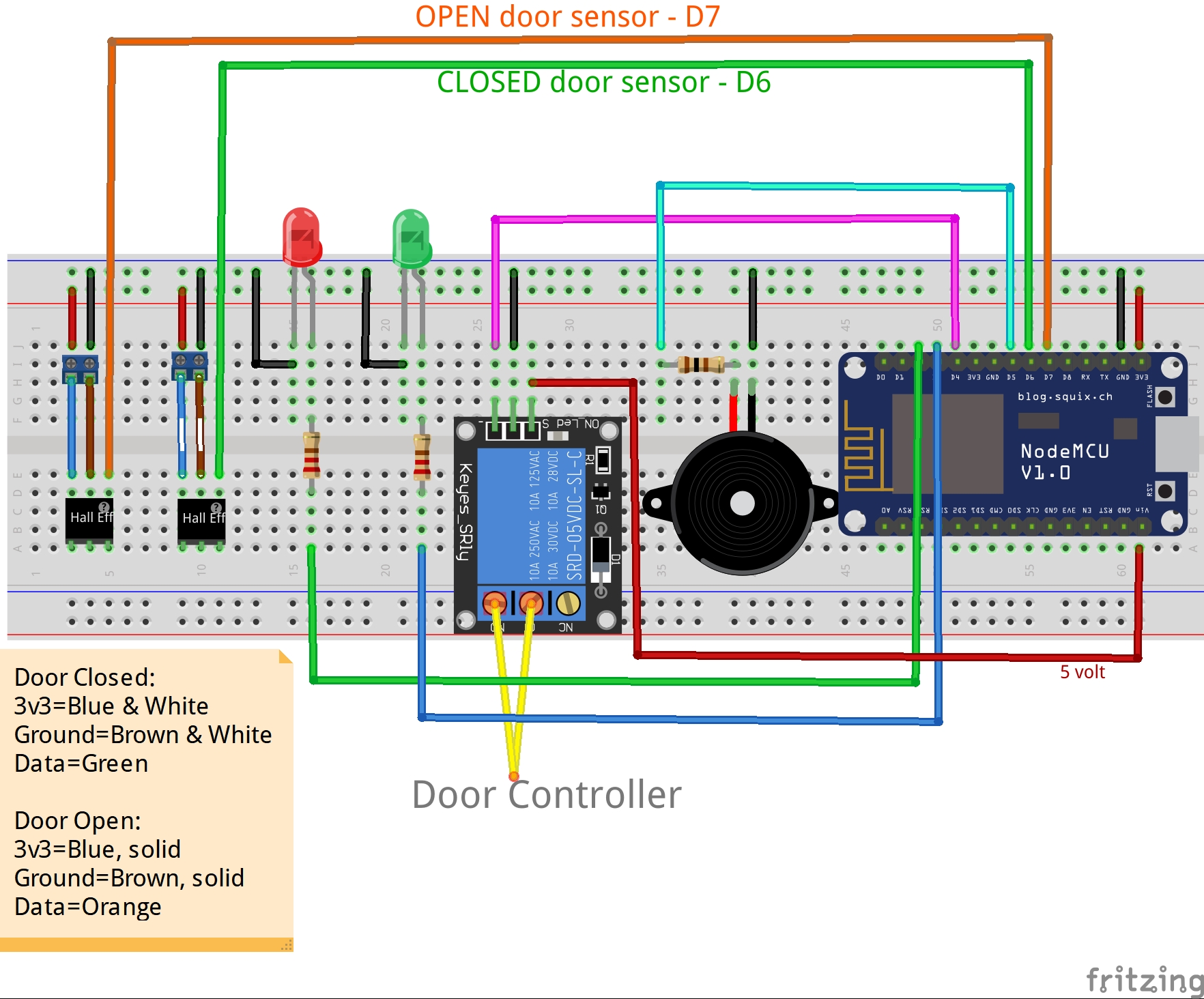 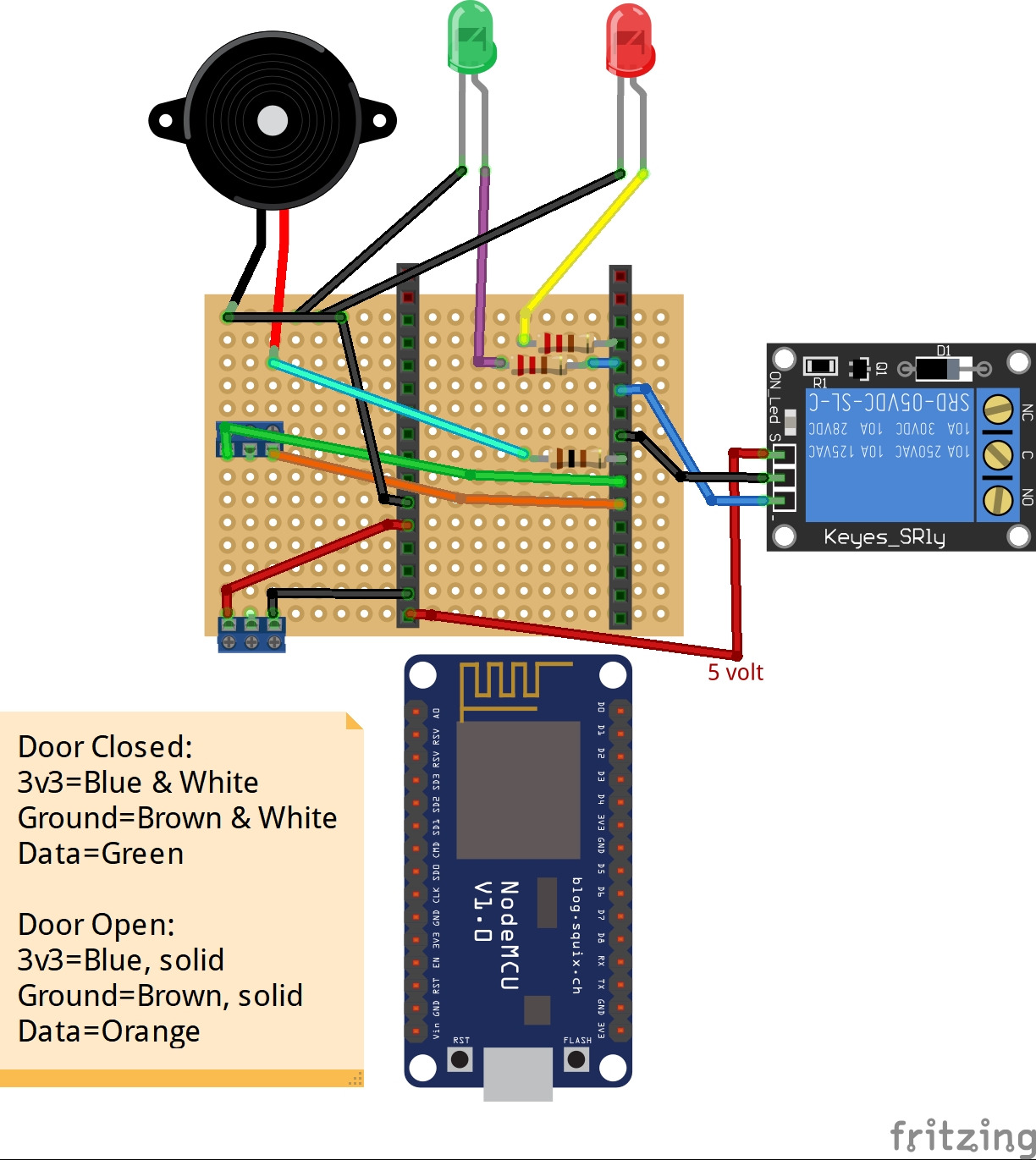