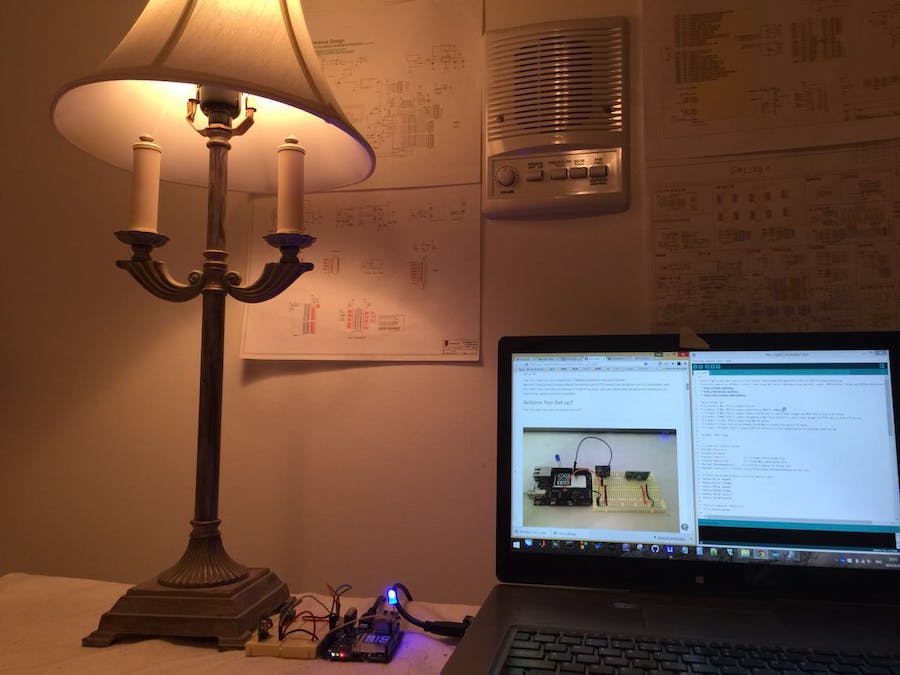 What is the Yun Light?

Yun Light is table lamp that can be control from anywhere in the world without to bough the very expensive product in the market such as Belkin WEMO, SmartThing,Wink etc.. I think it's wasting our money on these hundreds of dollar products, when we can build a smart home by our-self with the open hardware already in front of us. So, I decided to use the Arduino Yun to achieve my ideas.

How is the Yun Light work?

OK! First of all, I want to say that I've learned a lots from this project not only to light up a lamp from my hand or smart phone, I'm seeing that the Internet of Things are convenience and increasing efficiency of our life.

The Yun Light can be control from 7 different platform they are Yeelink, Wechat,ThingSpeak,Temboo,Blynk,DeviceHub and IFTTT which use Arduino Yun to commulate with their API. There is a lots of choose in front of us; thus, can use either one of above IoT platforms to control our appliance from anywhere.

A easy set up of 433 MHz with Arduino Yun

The wiring of the components is fairly easy

To setup of the Yun Light, we just need to connect the power cord of table light to 433MHz power outlet as show below:

OK, Let's talk about the coding and API usage.

For Yeelink,I use the Arduino Yun Bridge library's process method to GET the HTTP request from Yeelink API. In here I just the give the example of how to get the API request from Yeelink, which it follow the same for all other platform. For more detail please view the Code section.

The Yun Light can be also control from the Chinese most popular SMS WeChat. Here it is the tutorial that you need to follow to make this possible: First follow our official WeChat: ECEFan

Then, we need to create a new device to control Yun Light and don't forget to give your new device a name!

Step 2: Create a new device and name it!

That's it! You've create a new device, now you can start control your new device via our WeChat platform. Try to enter "open" and "close" command in the message bar ^.^

Step 3: Use the message bar to enter the command

Now it's the time to get to know the API of this service. Thanks the weline.top team make this option available to the public. Here is their API page. When you trying to access their API, don't forget the enter the OpenID of your device.

Step 4: Don't forget the OpenID when you trying to access the API
A nice looking Yun Light Control Panel ^.^

Next, I want to control my Yun Light from Blynk, First of all we need to download the Blynk app either from App Store or Google Play. Don't forget to include the Blynk Library : https://github.com/blynkkk/blynk-library

Step 1: Add a button for Yun light on Blynk
Step 2: Copy your Auth Token for API

The IFTTT is very awesome to make things connect together. And it's launched a channel for makers. In my project I also use the IFTTT's DO button do control the Yun Light. Here I use two IoT platform to use the IFTTT's maker channel: DeviceHub and ThingSpeak.

The first step is to register on these platform and create a Device as a entry point for your data on the cloud.

For the DeviceHub you can do that here: https://dashboard.devicehub.net/register  and follow the wizard there to create your device. Note that every device has a unique ID(UUID) and an associated API key for the project making the Sending/Receiving data secure and reliable.

After you have one device and add an Actuator in it. Now you can set up the IFTTT by using below code and relay the action done with the IFTTT DO button.

4) Copy the URL under "Make a POST or GET web request to:"

That's how you setup IFTTT and use its DO button app to control the Appliance.

IFTTT Set UP for DeviceHub

IFTTT Set UP for ThingSpeak

We could also turn on the yun light when current weather condition change. Such as the examples below:

If sunset, Then turn on Yun Light

If sunrise, Then turn off Yun Light

For more info about the these platform API please view following pages:

Any questions are welcome! 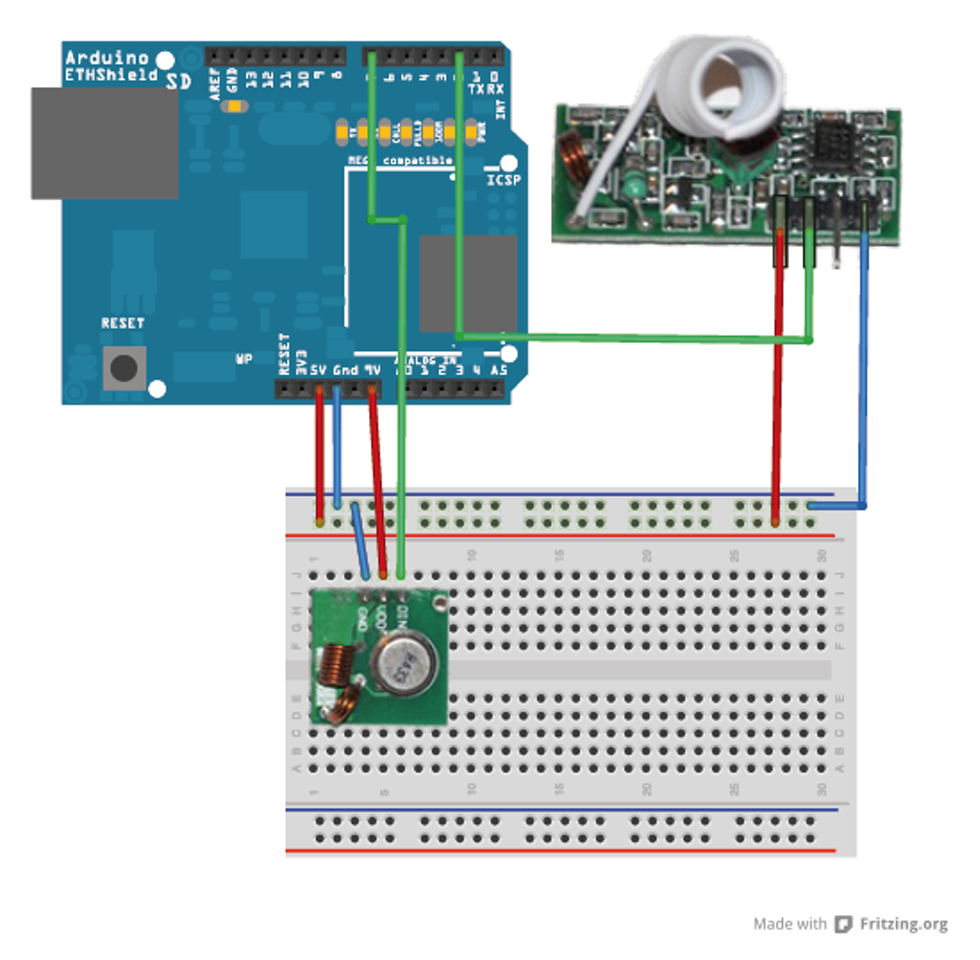