My aim is to minimize the loss of electricity there is when people forget to switch off their fans or lights, through smart home solution.

Smart Energy Saver for Your Home

Smart Energy Saver for Your Home

My aim is to minimize the loss of electricity there is when people forget to switch off their fans or lights, through smart home solution. 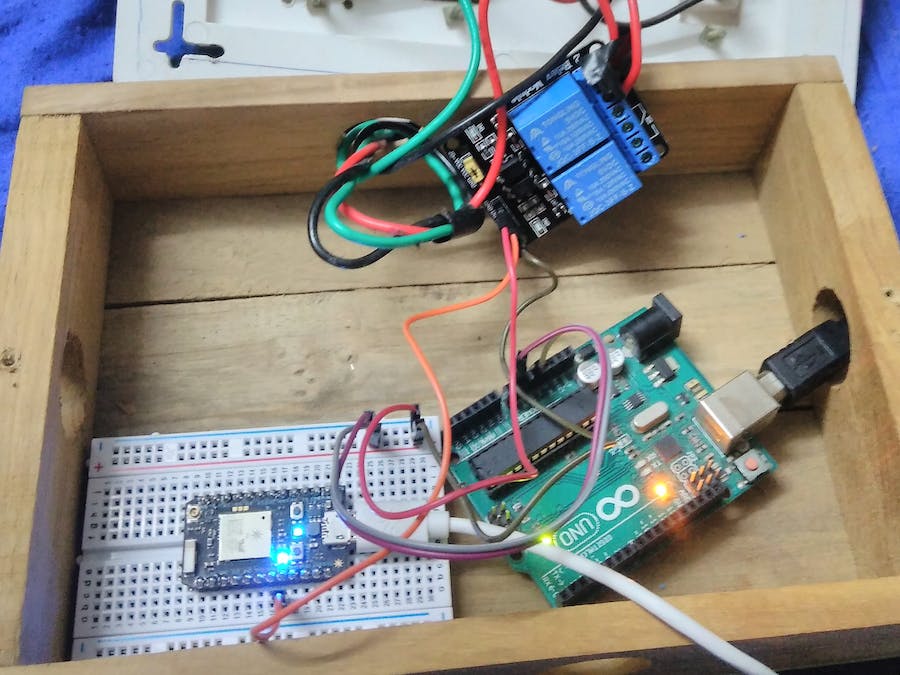 There is a lot of electricity loss in homes due to the fans and lights that are kept on even when no one is present in the room. My idea is basically to inform a user that when he leaves his/her home, if any of the basic appliances like the fans or lights, televisions, fans or air conditioners are left on accidentally, which are the basic and major electricity consuming appliances of our house. Some appliances like televisions and air conditioners consume electricity even when just their switch board switches are on, it isn't much but a cumulative sum of a 1000 houses with the same condition would be a large enough number.

I have currently used an homemade extension device to demonstrate the working of the project. The following are the steps to create this fun project, so lets get started :

The things required to build this project are :

Now that we have all the things required, lets start and assemble our project!

2. Assembly of the Hardware :

After this, now we will do the connections as shown in the following schematic. But first lets observe the schematic diagram of the relay module and the particle photon.

We will connect the INT1 pin of the the relay module to the digital pin of the particle, I have currently used the pin 1 and 2 of the board but its your choice.

The Final Schematic of the project will be as follows:

After making the connections, your project will be looking something like this:

Now, as we are completed on the hardware side, we can proceed to the android app development part.

Now, we move on to the software part of the project. We will be using this awesome platform Blynk to create a very simple and basic app for our project. The steps to create a new project in Blynk are:

3. After that, create a new project and the choose the particle photon under boards section and the wifi option and hit create.

4. Now choose the following components as shown in the diagram :

4. Programming the Particle Board:

Now we have to program the particle board in order to establish a connection between the blynk app and the particle photon. This is accomplished by using the Blynk library which enables to create an easy and ready to go communication link between our device and the photon.

So, that's it! Our project is ready for action. So go on, build it and have fun. Please feel free to ask any doubts you have regarding my projects through comments or personal messages.

This is a video demonstration of my project.