You don't open it, it opens itself. You don't check it, it checks itself

You don't open it, it opens itself. You don't check it, it checks itself 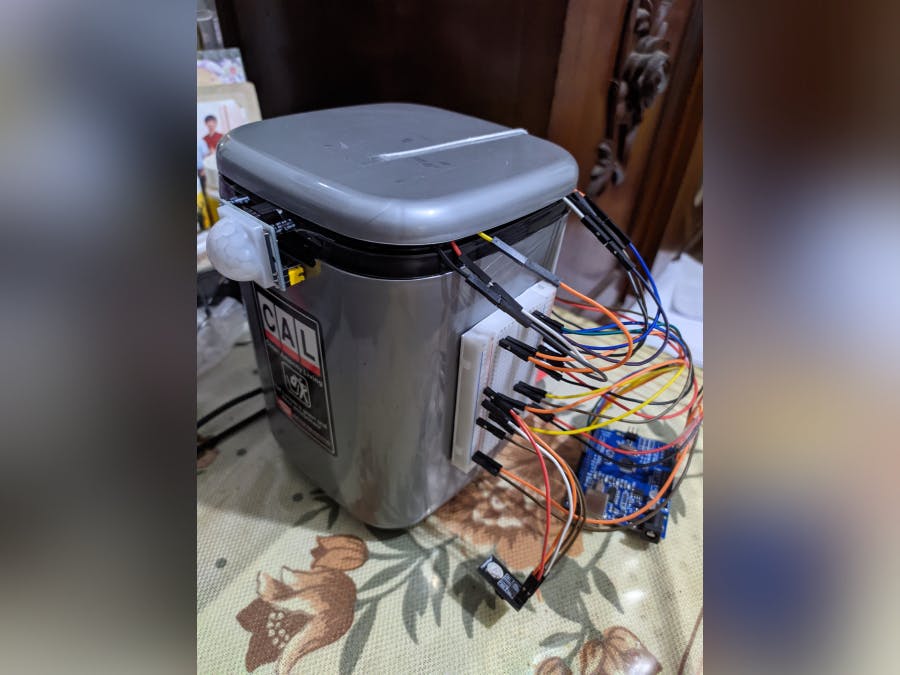 Before starting the story, thank you for checking out our project. And here is the story of how we made it.

In this day and age, many mundane things have become more and more automated from our light to even our toaster. One appliances that we commonly found is a trash can. Before we must choose between always opening the lid and won't need to open it every time to throw the trash out but have to deal with the smell or always closing the lid and will have to open it every time. The problem with closing the lid is people sometimes forget that it is still closed and unconsciously throw the trash to the lid making a mess around the trash can.

The other problem that people encounter with the trash can is that sometimes they just forgot to empty it out and just left the full trash can in the room, creating sometimes an unpleasant smell. And because of that, we decided to make an automatic trash can that can open itself and also can notify when the inside is full.

The hardware and with their mobile apps, we didn't need to create an interface from scratch and can simply connect the Arduino to the app via the Blynk API

The first mechanism is the automatic opening and closing system. In this mechanism we uses PIR Motion Sensor attached to the front of the trash can to detect an incoming motion. The sensor itself we configured manually to limit the range that it can detect only to about 50 cm in front of it.

The next mechanism is to detect the level of the trash inside. In this one we uses an Ultrasonic Distancing sensor attached to the lid inside the trash can facing downward. When it detect that the distance is short which mean that the trash is full, it will sends a notification to the app notifying the user.

To make sure that the system will check the level every 5 seconds, we took advantage of millis feature on the Arduino. Millis essentially provides us a way to run repeated action without interrupting the other function. Beside that, when the trash can is opened, it will pause the level detection to prevent unnecessary notification.

For the communication, we used an ESP-01 which can be used independently but in this case we only using it as a Wi-Fi module for communicating with the Blynk. The ESP-01 itself requires a 3.3V to its pin which the Arduino only provides on the power pin. To prevent damage to the ESP-01 itself, we used 1k ohm and 2.2k ohm resistor to step down the output from the Arduino digital sends pin from 5V to 3.3V.

The interface itself as mentioned before, was created with a helped from Blynk. Here we just need to create new project and it will give out an API code that we used to communicate with the Arduino.

Here is the main layout:

The layout itself is fairly simple, consisting of four part which are the PIR Sensor status for the automatic sensor, the level of the trash from the Ultrasonic sensor in cm, open status, and the angle of the servo which we used only for testing purposes.

And that is all about the project which in our testing is quite accurate on detecting when to open although sometimes it stills open on slight of movement in front of it. The trash level also makes throwing the trash out quite convenient because we will be reminded when to do it. But, some tweaks to the design still needs to be made because we still using a long cable and also the mechanism to open the trash can still rely on a flimsy string attached to the servo. Anyway, thank you for checking out our little project here! 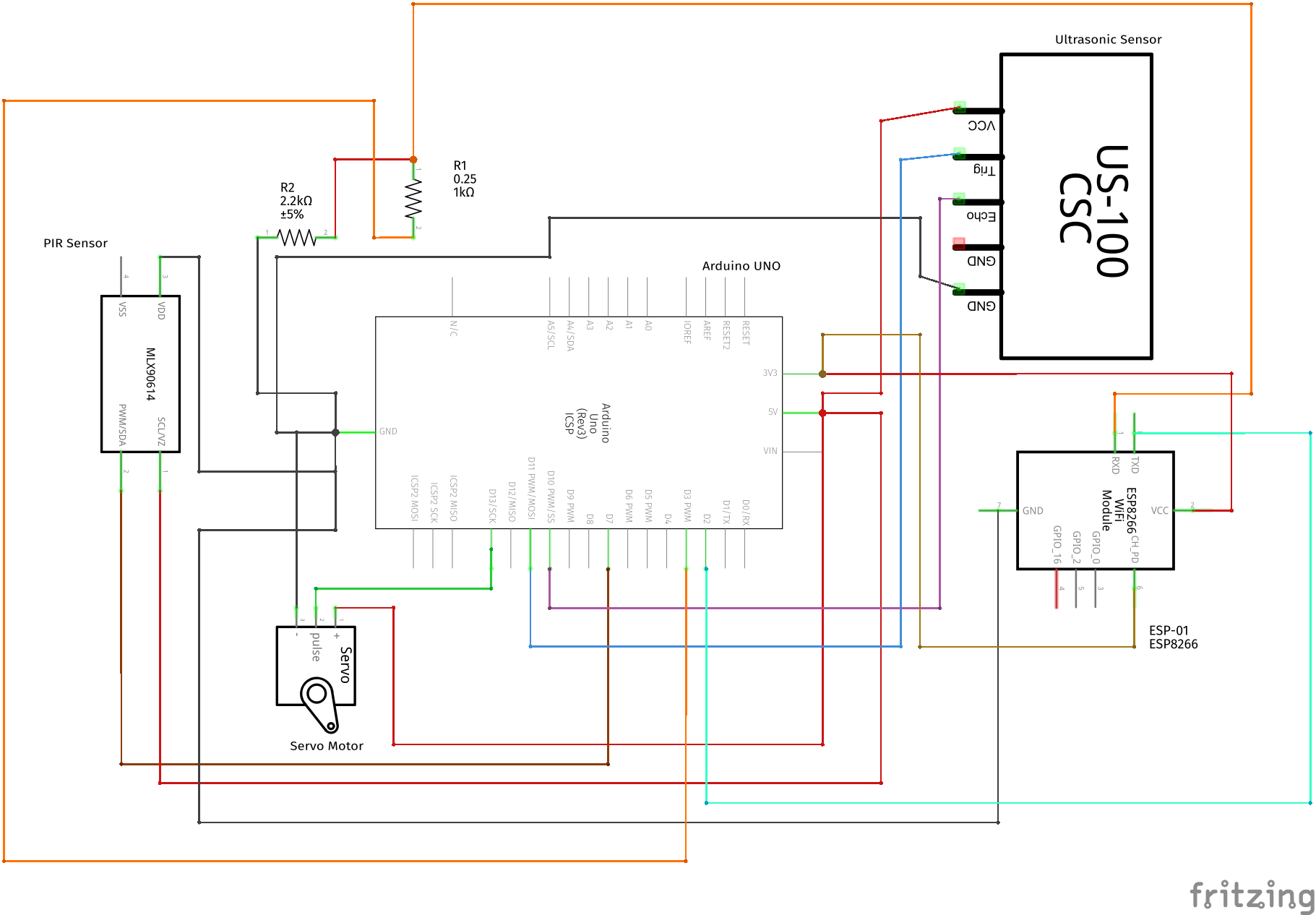