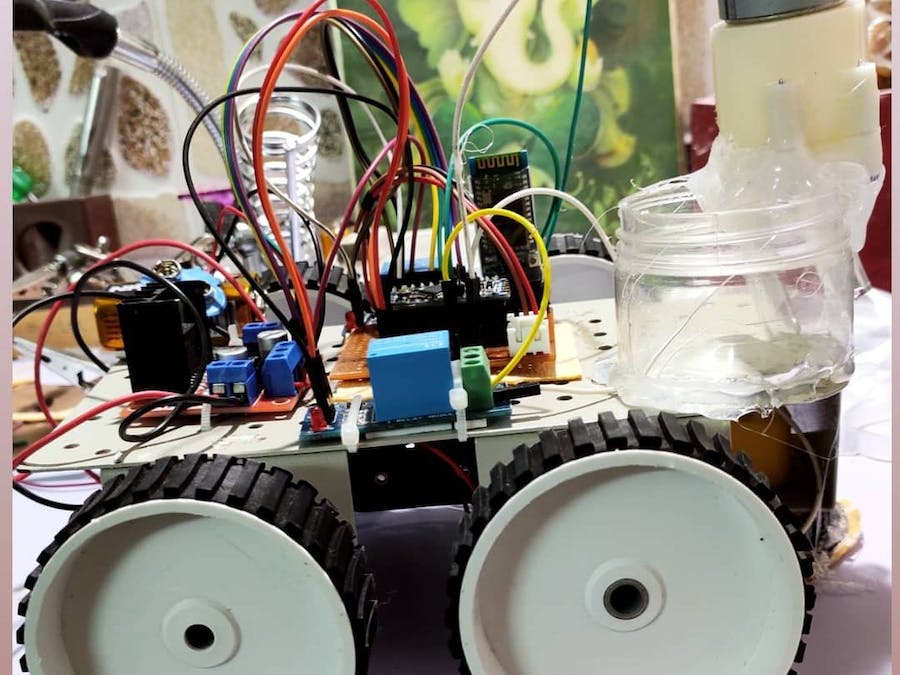 Description : This is a Semi Autonomous Robotic car that cleans floors using water and soup. The main purpose of making this project to solve the problem of time consuming tiring, tedious and monotonous job of cleaning of Floors. It has two modes:

Note : you can also use 2 channel relay instead of 2 individual 1 channel Relay modules.

Note : I have used L298N in this project. you can use L293D if you want but let me remind you L293D provides less output current compared to L298N so use it with proper power requirements.

Working of the Floor Cleaner Robot

Video: Don't forget to check video of this awesome Project made by me :)

15 projects • 57 followers
I like to innovate and make different types of Robots and systems that thrive to make human lives easier :)
ContactContact