Use Particle Argons, Blynk IoT app, and a motion sensor to activate and change colors of an LED light strip.

Use Particle Argons, Blynk IoT app, and a motion sensor to activate and change colors of an LED light strip. 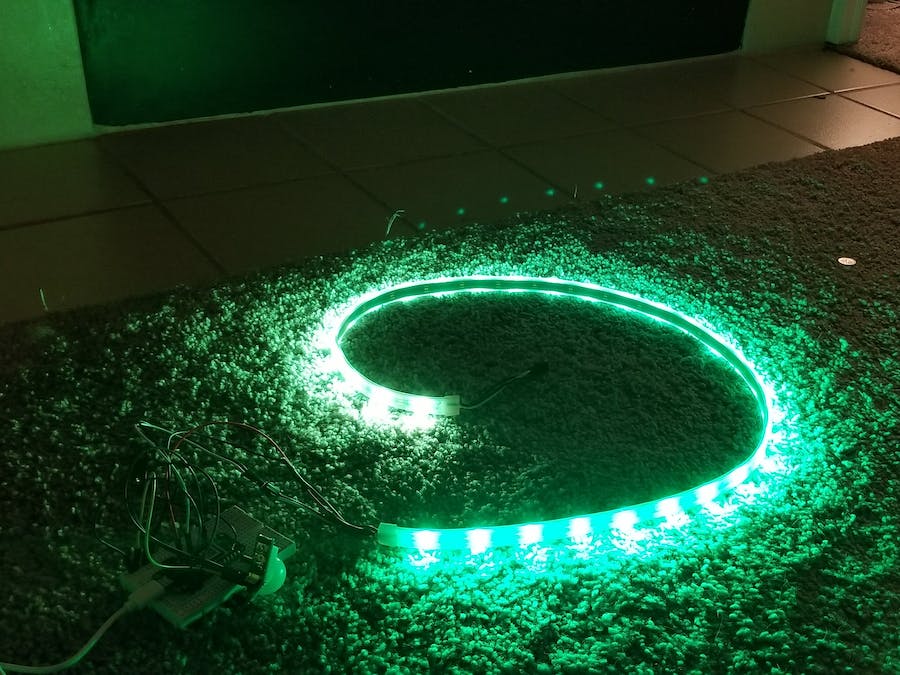 This project utilizes a pair of Particle Argons to send and receive activation and color commands for an LED light strip. A motion sensor is used in tandem with one Argon to turn the lights on and off, while the second Argon and Blynk (an IoT control app for mobile devices) set and communicate color commands.

Blynk has a tool called "zeRGBa" - an RGB color picker in the shape of a zebra - that allows access to each RGB color in a range of 0-255 for a total of 16.6 million possible color variations. Once chosen, the float for each primary color is transmitted to the second Argon, where the data is published to the cloud. The events for each color are subscribed to by the first Argon and used as inputs for the physical LED strip to complete color selection.

We used a PIR type motion sensor to turn the LED strip on and off. Tripping the sensor will turn the strip on; the resting state with no motion detected turns the strip off. The first Argon is used with the motion sensor and LED strip to make these things happen. Motion events are published to the cloud and pulled by the second Argon, which uses their inputs to turn its onboard LED (pin D7) on or off to match the state of the LED strip.

We generated on/off cycle data using IFTTT and Google Sheets. IFTTT was set to listen to the "motion" event and add rows corresponding to the data sent for each event, along with its time stamp. Below is a graph of the on/off cycles our LED strip went through over a 5-minute period. Bars at 1 are when the motion sensor returns "True" and the strip is on. No bars (where they equal 0) are when the motion sensor returns "False" and the strip is off. The data for this graph can be viewed here. 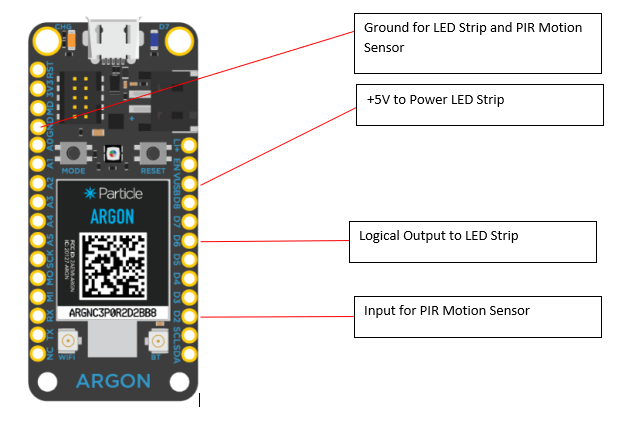 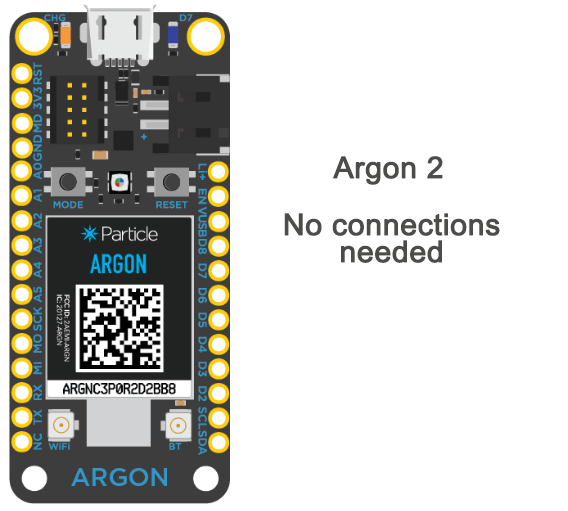